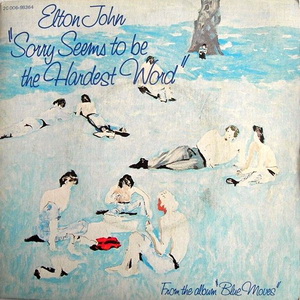 I’ve been so busy but I have finally managed to find some time to draft a response to a comedy conference’s call for papers. I’ve decided that I’ll focus on self-deprecation, a topic I’m exploring as part of my research and something that really winds me up. (fingers crossed it gets accepted)

As a general rule I find it very difficult to listen to people being negative about themselves, not just in terms of comic performance but in my day to day interactions with people too. I think the amazing comedian Kristen Schaal sums this habit up best and funniest….

Hearing people talk negatively about themselves, be it because of their weight, their appearance or some perceived flaw they think they have, makes me feel that I should be apologising for that fault as well, as I too deviate from the current idealised version of a woman. I don’t like being made to feel like I’m being invited to collude in that negative thinking and I certainly don’t want to reinforce how you feel about yourself, firstly because I don’t think it’s a true reflection of your worth as a human being (we are all our own harshest critics), and secondly because I don’t like the way it makes me feel like I should be ashamed of aspects of myself either. I like myself just fine thanks very much.

Unfortunately self-deprecation in day to day life is a slippery thing to pin down. I do my absolute best not to put myself down or engage in negative chat about myself. However, women have historically used self-deprecation to appease those who struggle with the idea of women with power – power over their own bodies, power in the world of work or power over their own opinions. By lowering our own status in this way, we have been acquiescing to the needs of others (and others’ egos) and somehow softening the challenge to another’s sense of self. Why would we ever want to come across as less than our best selves? Unfortunately it’s so ingrained in our culture that we do it without thinking, as just a way we communicate about ourselves to others. This is obviously then reinforced and emphasised by the critique of women in the mainstream media and god-awful women’s magazines.

So having said all this I have noticed that it is a really really hard habit to break and is not at all straightforward. I’ll give an example  – my new year’s resolution this year was to apologise less. Sounds odd right, but my constant need to apologise was getting out of hand. The number of emails I send that start with the sentence ‘sorry to bother you’ or ‘I know you must be busy but’ is OFF THE CHART.

I seem to fall into the ‘sorry’ trap in correspondence more so than in person and also when I am really busy and don’t have chance to check myself (I have sent at least 2 emails this week which I wish I could recall and delete the numerous apologies therein). I think in the real world I can hear myself about to say the words and pull myself back from the edge just in time. Plus in-person there’s more room for nuance and context than in stone cold black and white text. By apologising I’m not really self-deprecating in the same way, I’m not saying there is a flaw in me, but I am creating the idea that someone else’s time or feelings about something should take precedent over mine. Somehow I am in the wrong for asking for their help or requiring attention. I draw your attention to the interesting work of comedian, writer and director of the Bath Literature Festival  Viv Groksop in an article she penned for the Guardian last year about women and the word sorry (here).

Last year I wrote the following in an email to my PhD supervisors. I sent them through my RF2 report (a major/ stressful part of the process of submitting my work) to get their feedback in advance of the assessment. When one mentioned she was printing it out, as not to read it from the screen, I responded with a textbook

ARRRGGHHHH. This was in regard to a piece of work I had worked my absolute hardest on – seriously why would I do that?

They called me out on it and rightly so. When I am finished there are going to be plenty of people that’ll want to tear that work down (haters gonna hate) and I should be proud of the good work I do – not apologise to people for having to read it. Be self-critical sure, reflect on what it is you are doing, but self-deprecation is not helpful to anyone. I am going to do my absolute best to not only stop ‘sorry-ing’ all over the shop but also to check others too. I have so far achieved this once this week when one of my students started an email with ‘Sorry it’s probably a dumb question’ to which I responded ‘Don’t apologise and don’t feel bad for asking questions – it’s how we all learn stuff’.

Elton got it wrong – annoyingly sorry seems to be the easiest word.